In his debut novel, The Midnight Man, David Eric Tomlinson weaves basketball, law enforcement, self-realization, and the bombing of the Murrah Federal Building into a tapestry of Oklahoma culture and attitudes. The unexpected intersection of such diverse lives gives us a glimpse of what we can learn from each other if we keep ourselves open to possibilities.

From K.L. Romo’s review at The Writers’ League of Texas. Read the full review here. 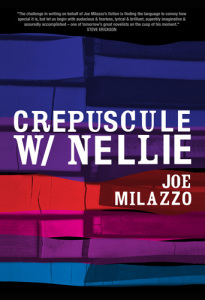 If it ain’t broke, don’t fix it. Another reading list for another novel.

END_OF_DOCUMENT_TOKEN_TO_BE_REPLACED

Barry Hannah sings a drunken ode to youth, beauty and the power of language.

END_OF_DOCUMENT_TOKEN_TO_BE_REPLACED

South Africa after apartheid is no country for old men in J.M. Coetzee’s “Disgrace”